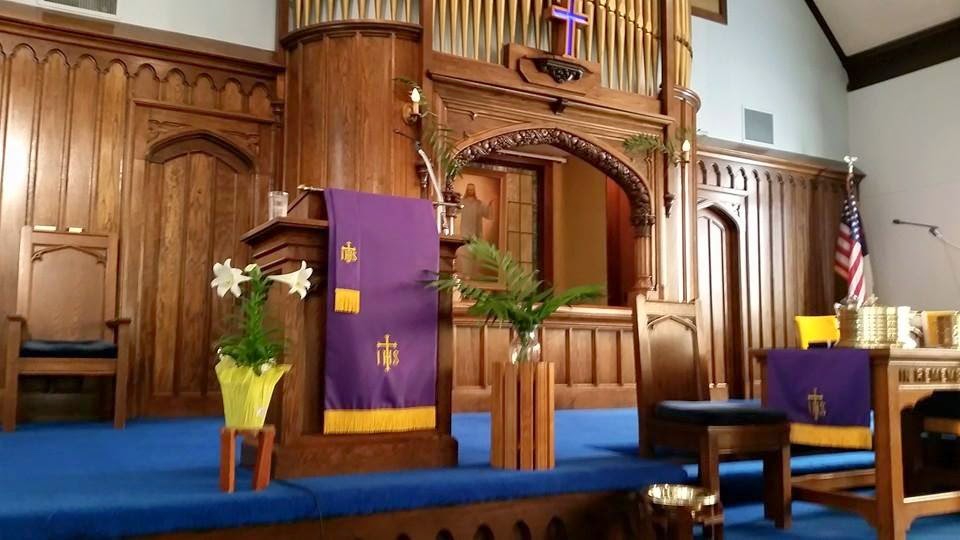 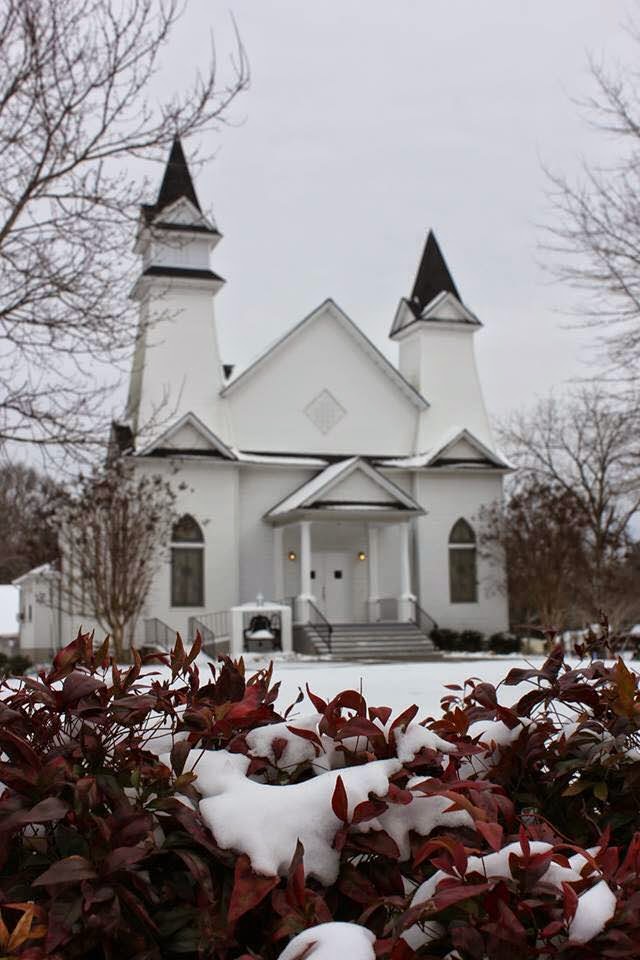 This week Maddie started a new job, working at a new business in town called the 'Kolache Factory'.  Of course as the name implies, they make Kolaches and very tasty ones at that.  Maddie was originally hired as a cashier, but they quickly discovered that she (thanks to her mother) has a real knack in the kitchen.  She's been transferred over to baking and her new boss just loves her.  So far, she's had a 100% turnout rate for her baking (many of the kolaches break open in baking).  Today she made meatball kolaches and again had a perfect score, her boss was so thrilled he dubbed her 'the meatball whisperer' and said from now on if she's at work she is making the meatball kolaches.  Apparently, the meatball ones are extremely tough to make and all the rest of the cooks have multiple failures in each batch. 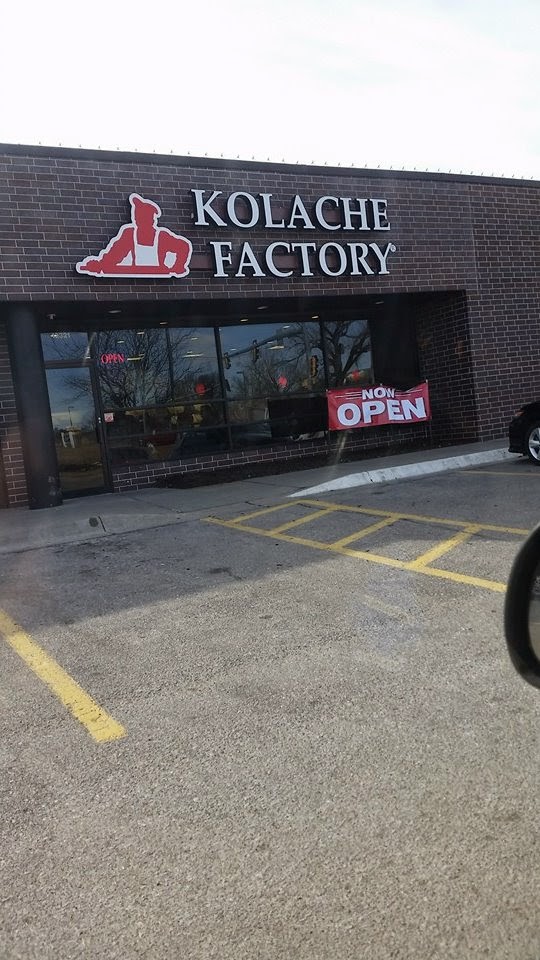 I'm extremely proud of how hard she's working, she has been going in at 3 am and a couple of days she worked until 3 pm.  She's a hard little worker and she tells us that she just loves this job and working with baking.  Of course, she's excited because she's getting a lot of hours and will have more money to save up to travel to Canada again soon to see Yves.

Today I picked Maddie up from work at eleven and we drove to Sioux Falls to help Creath do his income taxes.  Once we finished that I took Maddie and Creath out to supper and then Creath had to get to work so Maddie and I set off back to Omaha.  She told me on the way home that Yves band has been offered a chance to open for another band on tour.  If they take the offer they'll be touring not only Canada and the USA but also over in Europe.  They're both very excited as it could be a big opportunity for Yves and his group.  He and his band are also planning on coming to the US soon to meet with the producer who is putting together a cd for them.  They're all excited about this as well as apparently he's a big name and has worked with several groups that went on to be well-known and popular bands (of course I've never heard of any of them). Who knows, Maddie may find herself with a rockstar on her hands, at any rate he plays a very mean guitar. Today marks three months until my 55 and one-half birthday, and since I've not been training towards any particular event or date lately I decided to train towards that date.  And with that I have set my sights on May 22, 2015, by which I will strive to have dropped 20 to 30 lbs of body weight, and be in as good as, or better shape than I was at less than half of my current age.  Age is as I constantly say, just a number, and no reason for us to give up on being healthy, strong and active.


Well, it's getting late and I better get going, so with that I'll leave you all with this prayer.

God's Love & Blessings to you all,
Roy


O Lord, who hast mercy upon all, take away from me my sins,
and mercifully kindle in me the fire of thy Holy Spirit.
Take away from me the heart of stone,
and give me a heart of flesh,
a heart to love and adore thee,
a heart to delight in thee,
to follow and to enjoy thee,
for Christ's sake. 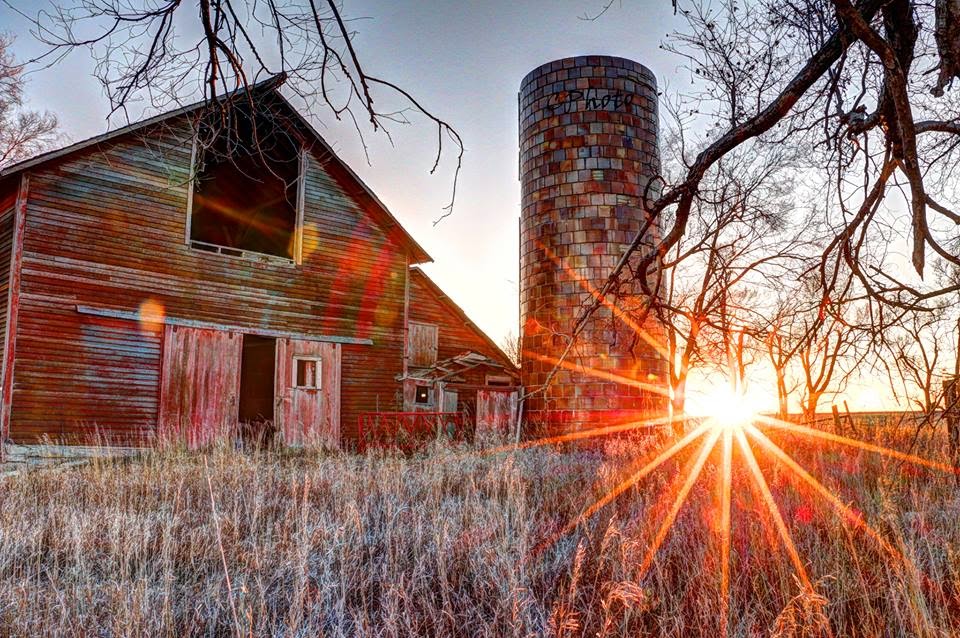 The passing of the Guard 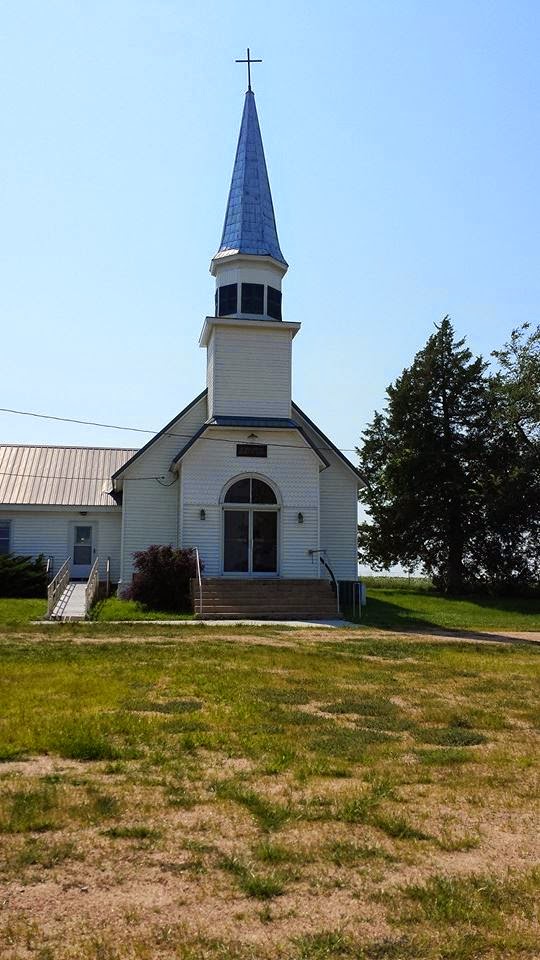 Well, I pray this blog post finds everyone who wanders through in good health and spirits.  I do have some very sad news to report in that my Aunt Sylvia passed away at her home this past Friday afternoon.  Sylvia was diagnosed with lung cancer a while back and she decided to refrain from treatment.  She wanted to enjoy as much of the life that she had left, without the illness and wear and tear of chemo or radiation treatments.  Sylvia was a wonderful, wonderful woman and she's the last of her five siblings to pass into heaven.  The very last of the old guard Karlen's, they leave behind only my Uncle Elton's wife Beth and my mother Rosemarie, both of whom of course married into the Karlen clan.

Today I helped out a bit with the worship service at Benson Baptist with leading the prayers for both services.  I was also the lead teacher today for Sunday School, it seems that these two responsibilities always seem to fall on the same Sunday.  In Sunday School, we are working on creating Easter cards for children in an orphanage in Romania.

Working on these cards dovetails well with the topic we're covering in the program we've been utilizing.  This month's topic is 'kindness'.  We've tried very diligently to convey to the children how this act of kindness, making cards for these orphans, will hopefully brighten Easter day for them.  While the children were working on the cards, I had them go around the table and offer their class members compliments.  The lesson there was how even a tiny act of kindness can brighten another's day. 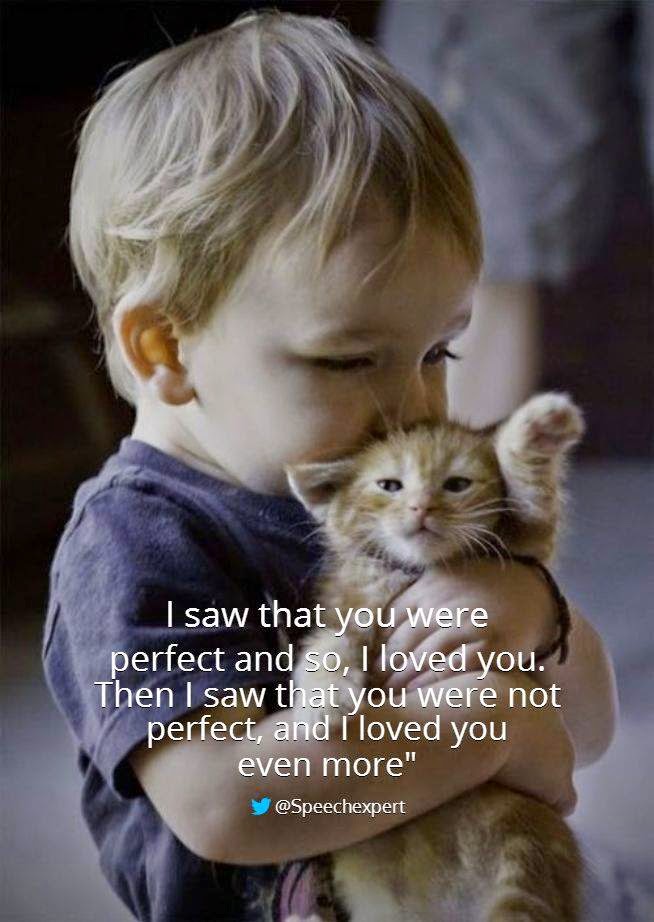 I've said it before in this blog, and I will give emphasis to it once again... it does not take a large act of kindness or generosity to make a profound impact on another human being.  So very often it's the small acts that have the greatest impact on another.  The much used saying "practice random acts of kindness" has much truth and merit.

I like to say "be a blessing to someone today", but remember these blessings don't have to be big nor grand.  Just spread them out and let God do the rest. 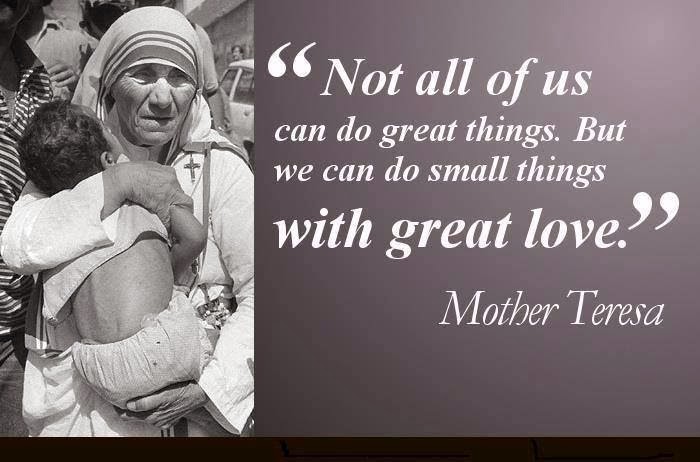 And with that I'll end this short blog post with a prayer from Mother Teresa.

God's Blessings to you all.

DEAR JESUS, help me to spread Thy fragrance everywhere I go. Flood my soul with Thy spirit and love. Penetrate and possess my whole Return to "Paying Tribute to Mother Teresa of Calcutta "being so utterly that all my life may only be a radiance of Thine. Shine through me and be so in me that every soul I come in contact with may feel Thy presence in my soul. Let them look up and see no longer me but only Jesus. Stay with me and then I shall begin to shine as you shine, so to shine as to be a light to others. 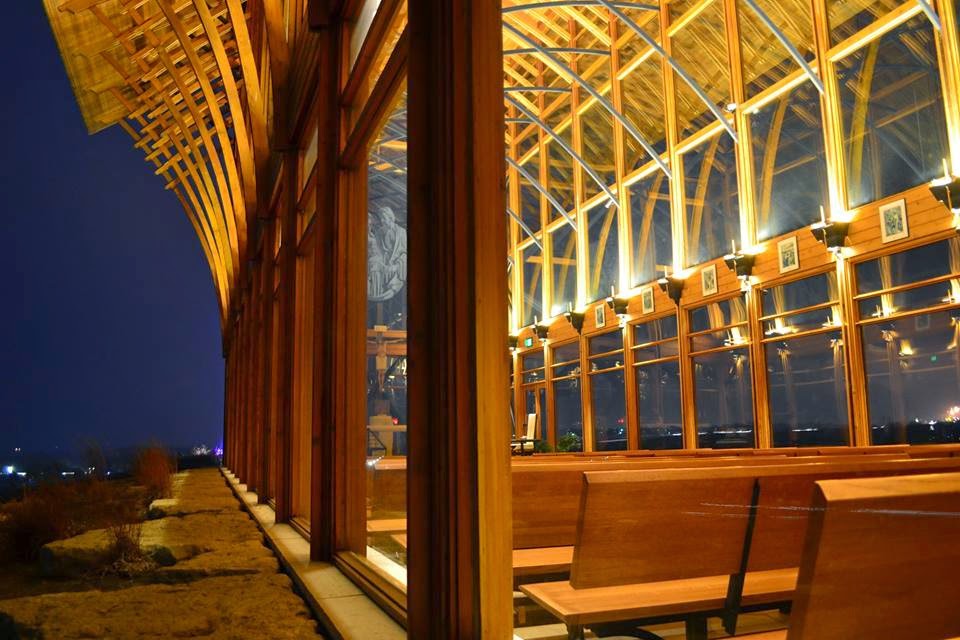 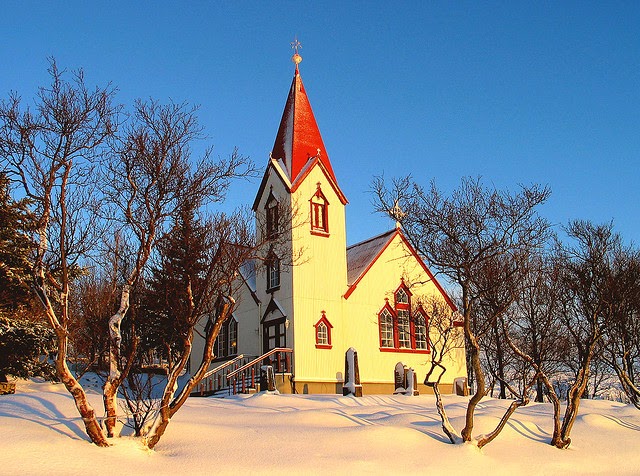 I apologize that I haven't posted anything for a couple of weeks.  Honestly, I haven't had much interesting to say.  Our weather here went from nice, to snow, to nice again, and today it's cold and windy.  You have to love winter in Nebraska, but all things considered we've had a very easy winter this year.  I have a couple of friends in the New England area and man, oh man, I wouldn't trade winters with them for love nor money.

This last Sunday we went to 'Half Price Books' as we often do, and I was thrilled to find three books that interested me and all three just happened to be on clearance to boot.  So last night I finished the book that I have been reading and started reading one of the three that I purchased Sunday.  The name of the new book is "The Externally Focused Church" by Rick Rusaw & Eric Swanson.  I'm only a short ways into it but so far it's been a very good resource.

Lately, I've been doing a lot of deep reading on Church History and this book is a much lighter and faster read to be honest.  I love dense books, but I'll admit even I need a break from them every so often.  The one I just finished was a great book with some very interesting observations about the relationships of the cast of characters in the early church.  I'll confess that part of why I liked it was the author confirmed some observations that I have long had myself.  It's not a book I'd recommend to others though as it's not an easy read at all.

Above you'll see a photo of the books that I found Sunday.  I was especially happy to pick up a book by Brian McLaren on clearance.  McLaren is an author that I do like to read, but with whom I constantly find myself arguing with as I'm reading them.  Generally, I contain these outbursts in my mind, but occasionally, I have been known to start arguing with him out loud as I'm reading.  When this happens Gail will give me that look, and often she'll say if you don't like him why are you reading his book.  To which I tell her, it's not that I don't like him, much of what he says I agree with.  I just can't stand the way he says what he's saying.  I've had the chance to listen to McLaren in a 'skype' broadcast at a church program, and he gives me the same feeling hearing him speak.  Much of what he says is great stuff, but the way he comes across just isn't productive in my opinion.

But, having said all of that I'm greatly looking forward to reading his book as soon as I finish reading the one I started last night.  McLaren is a bit like Dali I suppose, Dali always wanted to generate some emotional response from the observer, he didn't care if it was positive or negative.  Dali just wanted a response, in his eyes the worst thing a piece of art could do is leave the observer with a 'take it or leave it' attitude.  The middle ground was not where Dali wanted to be and perhaps McLaren has that concept in mind while he's writing.

One should always strive to read and converse with those with whom you disagree.  As I so often like to say "if I only talk to those who I agree with, I'll never learn a thing".  We all need to challenge ourselves from time to time, if for no other reason than to make us reassess why we feel or believe the way we do. 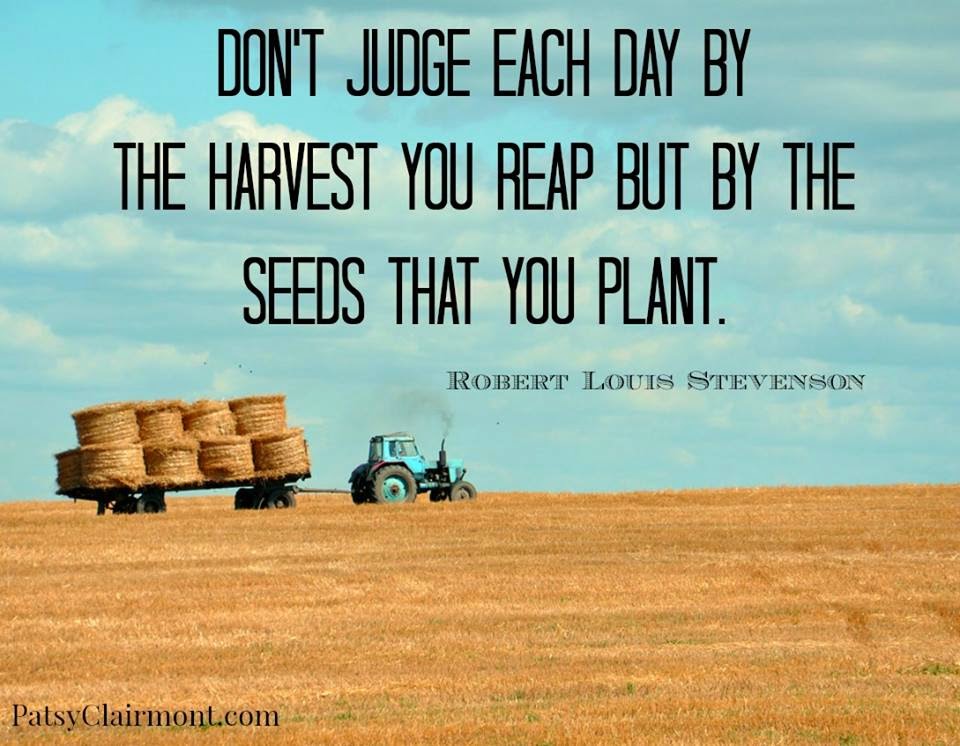 So far I have nothing to report on the journey to finding a permanent position with a church.  But, recently Gail and I have decided that we need to broaden the area of our search.  No longer am I limiting the search to areas close to Omaha, in fact today I've talked to people about opportunities on either coast.  Yesterday though, I learned of a church opening in South Dakota and I sent off my resume for that position.  I would really love to get back to my home State, so I'm hopeful about this opportunity.

With that, I pray you all will have a wonderful remainder of the week and I wish you all the very best. 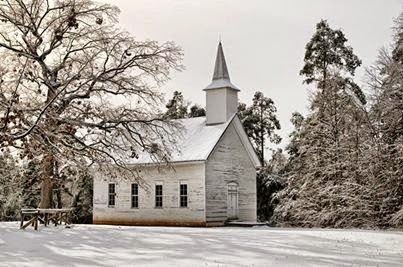